Over 21 million people in the United States have diabetes, with an estimated additional 6 million people unaware they have a form of the disease. What’s more, an estimated 54 million Americans ages 40 to 74 have prediabetes, a condition that puts them at risk for developing type 2 diabetes. According to a recent American Optometric Association survey, diabetes is the leading cause of new cases of blindness among adults ages 20 to 74.

Diabetes is a disease that affects the way we process food for energy and growth. With all forms of diabetes—type 1, type 2 and gestational diabetes—the body has trouble converting sugar in the blood into energy, resulting in a host of potential health problems.

Diabetes increases the likelihood that common diabetes-related vision problems or diseases might occur:

That’s why there’s no separating diabetes and vision. If you have diabetes, then you should understand vision problems that increase in likelihood as a result of the disease.

Diabetic retinopathy involves swelling, leaking or abnormal growth of blood vessels in or near the retina. There are multiple stages to this disease, the earliest of which may not present any symptoms you can see.

In the early stage of diabetic retinopathy, called background or non-proliferative retinopathy, high blood sugar in the retina damages blood vessels, which bleed or leak fluid. This leaking or bleeding causes swelling in the retina, which forms deposits.

In the later stage of diabetic retinopathy, called proliferative retinopathy, new blood vessels begin to grow on the retinal. These new blood vessels may break, causing bleeding into the vitreous, which is the clear gelatinous matter that fills the inside of the eye. This breakage can cause serious vision difficulties. This form of diabetic retinopathy can cause blindness, and is therefore the more serious form of the disease.

That’s why comprehensive eye exams are so important when thinking about diabetes and eye sight—both type 1 and type 2 diabetics are at risk for developing diabetic retinopathy, and the longer you have diabetes, the more likely you are to develop some form of the disease.

Laser photocoagulation treatment seals off blood vessels that are leaking into the eye, and stops new blood vessels from growing. This laser treatment only takes a few moments, and is painless.

To improve the supply of blood to the core inner portion of the retina, a laser may be used to destroy tissue on the outside of the retina which is not essential for basic vision. This procedure is used to save vision.

Please contact us today to schedule your next eye exam!

Sergeant Bluff Eyecare opened its doors in 2007 and has been a leader in eye health in the Siouxland area ever since. Our highly qualified staff leads the way to promote the latest developments in eye care.
Learn More 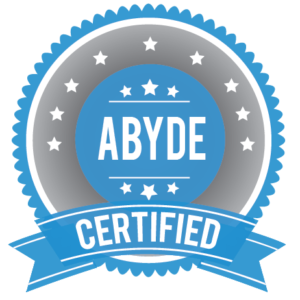